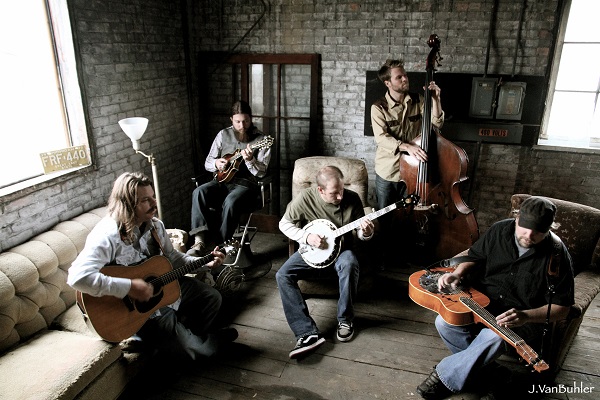 The Crystal Bay Club is hosting Wintergrass this weekend! What could be better than two days of bluegrass music that you can shake a leg to on the dance floor?  Friday, March 7, your entertainment will be Greensky Bluegrass and Tumbleweed Wanderers.  Saturday, March 8, Elephant Revival perform with Nat Keefe (from Hot Buttered Rum) with an after party with San Geronimo.

Get your tickets for either (or both!) shows HERE! Greensky Bluegrass is one of the most exciting bands in today’s music scene. Like a breath of fresh air, this five piece band plays traditional bluegrass instruments and uses them to create original songs and soundscapes that are unique and new, yet somehow feel comfortable and familiar. Though they have been likened to ‘70s era Americana acts like The Band, Greensky would prefer not to be compared to any other bands. “We really just try to make music as a group that sounds and feels right to us”, says mandolin player Paul Hoffman, later adding that “it is nice to know that other people really dig it, too.”

While “green sky” is the opposite of “blue grass“, the band insists that the name came about as more of a pun than a statement about their music. “Along with the tradition of bluegrass, we all have lots of different musical influences that we bring to the table”, says guitar player Dave Bruzza, “and we somehow wanted to reflect that in our name.” Upon witnessing the band’s live shows, this statement seems to make a little more sense. On any given night, in addition to the myriad of excellent original songs, one might hear traditional bluegrass songs with an exploratory rock and roll jam or selections from the Talking Heads, Jimi Hendrix, The Grateful Dead or Bob Marley turned bluegrass. “We are as likely to play a three minute song as we are a ten minute song on any given night”, says dobro player Anders Beck, “and I think that keeps it exciting for the audience”. Perhaps this is the reason that Greensky Bluegrass is as equally embraced by the jam-band community as it is the bluegrass/Americana community and the band’s fan base is growing so rapidly.

Greensky Bluegrass is touring in support of their recently released fourth album, “Five Interstates”, which was produced by Tim Carbone of Railroad Earth. The album, their strongest to date, features twelve original tracks and one traditional bluegrass song (a nod to the deceased King of Bluegrass, Jimmy Martin) ,and showcases the band’s songwriting and playing talents in a way that is incredibly accessible to fans of many different types of music. Carbone notes on the package: “Five Interstates came together like five lives intertwined, the intersection of a lifetime frozen in precious time and preserved in a digital tableau. I’m blessed…We’re all blessed to be witness to a band ascending as true as an arrow shot to the sky.”

Since winning the 2006 Telluride Bluegrass Festival Band Contest, Greensky has been touring constantly, playing over 170 shows a year, and all the hard work is certainly paying off. Recent highlights are too many to list, but include selling out venues in many parts of the country, sharing the stage with musical heroes, getting asked to play shows with the likes of Tony Rice and Peter Rowan, Sam Bush, Yonder Mountain String Band and Railroad Earth, and being asked to play the inaugural Rothbury Festival in their home state of Michigan. “It certainly felt like an affirmation that we are doing something right”, noted bass player Mike Devol.

Oakland, California’s Tumbleweed Wanderers combine soul, folk, and rock and roll to create a hugely dynamic musical experience. They weave through their shows with smooth transitions, bringing the listener from dark chaotic banjo-rock, through intimate acoustic harmonies, to energetic explosions of soul.

Since forming in April of 2011, TW have been bringing their electric shows to an increasingly wider audience, from their early performances at small bars and cafes, to becoming a major local headliner, selling out shows at the Bay Area’s best venues such as Great American Music Hall and Bottom of the Hill. Since recording their debut full-length album, they have entered a period of near constant touring, starting on the West Coast, but now including all of North America, most recently opening for artists such as Angus Stone and Jackie Greene at renowned venues in the US and Canada.

Tumbleweed Wanderers recorded their debut album, So Long, at indie rocker John Vanderslice’s Tiny Telephone Studios in San Francisco, with Vanderslice himself producing the album. Recorded to tape and released on vinyl as well as on CD and digitally, So Long captures the band in a raw, live state reminiscent of recordings from the pre-auto-tune era. The album is meant to bring the listener on a two part (Side A and Side B) psychedelic musical journey, through its dynamism and gapless transitions, also including additional singers and horns.

Getting much of their early momentum from their memorable, loud and energetic acoustic street performances (including mandolin and trash can kick drum) outside of large Bay Area concerts, the band continues to busk these shows when in the Bay Area, but also brings their street performance on the road, often surprising unsuspecting pedestrians with a level of performance uncommon on the streets of most American towns and cities.

Get your tickets HERE!

That simple line atop Elephant Revival’s Facebook page contains only five words, but reveals volumes about the band’s reason for being. Music unites us in ways that no other medium can. Even when we don’t understand one another’s languages – we can be moved by a rhythm, soothed by a song. Brought together by a unified sense of purpose – the spirit of five souls working as one, in harmony, creating sounds they could never produce alone.

This Nederland, Colorado quintet are, needless to say, quite a sound to be experienced – especially when they fall into the pocket of a groove containing elements of gypsy, rock, Celtic, alt-country and folk.

The Indie Acoustic Music Project simply labeled their sound “progressive edge.” At least, that’s the category in which it placed the band when it gave their Ruff Shod/Nettwerk Records release, BREAK IN THE CLOUDS, a best CD of 2011 award. It’s as good a label as any to convey what Rose has described as their mission: “to close the gap of separation between us through the eternal revelry of song and dance.”

Elephant Revival also shares a commitment to responsible stewardship of the planet and its inhabitants, working with organizations such as the Conscious Alliance, Calling All Crows, Trees Water & People, and other nonprofits supporting humanitarian causes. Their very name was chosen out of empathy for a pair of zoo pachyderms who, upon being separated after 16 years, died on the same day. The band related that heart-rending story during their April 2012 debut on fellow Coloradoans Nick & Helen Forster’s internationally syndicated “eTown” radio show – like Elephant Revival, a blend of music and social consciousness.

Sitting in the audience during their performance, one music blogger was moved to write, “Elephant Revival serenaded the crowd with arabesque melodies, harmonies and rhythms that braided and coiled into a sublime aural tapestry. Their instrumental dynamics, verse, and even the harrowing story that inspired their appellation, invoked the majesty, mystery and sorrow of Mother Earth.”

Campout for the Cause festival organizers put it this way in an affectionate shoutout on their Facebook page. “We love Elephant Revival so much,” they wrote, “not just for their incredible music and conscious lyrics, but for their commitment to living up to the standards they set forth and setting positive examples.”

It’s a paradigm worth spreading, and that’s what Elephant Revival members intend to continue doing as they carry their music around the world, speaking one song at a time.

Nat’s panoramic songwriting and baritone vocals play a defining role in Hot Buttered Rum’s sound. In the course of a decade of playing professionally, Nat has written hundreds of songs, including collaborations with Zach Gill & Dave Brogan (ALO), Brett Dennen, Tim Bluhm (Mother Hips), Fred Torphy (Big Light), and his bandmates. He’s produced nine albums of his own and others’ music. He’s produced almost a dozen Concert Carnival variety shows, bringing together artists to create new work. Most importantly, he’s performed over a thousand times, singing and playing guitar to the best fanbase in the world.

When not touring, rehearsing, and recording with HBR, Nat lives in the Hayes Valley district of San Francisco. Outside of music, Nat enjoys the same things he’s liked since he was a boy: flyfishing, backpacking, backcountry skiing, urban-adventure bikeriding, and SF Giants baseball.